By Dr. Graham A. Colditz

For something that so many people love, coffee has a bit of a bad reputation when it comes to health. Even among coffee drinkers themselves, surveys have found that a large majority believe their regular habit is, to some degree, unhealthy. And that perception is puzzling because good evidence actually shows the exact opposite. Studies have linked coffee drinking with a lower risk of heart disease, diabetes, Parkinson’s disease and a number of cancers, including breast, colon, liver, and endometrial cancer. Some studies even suggest it could lower the risk of dying prematurely.

“We can’t say for sure that coffee is a direct cause,” said Dr. Ed Giovannucci, a professor of nutrition and epidemiology at the Harvard T.H. Chan School of Public Health. “But, overall, it seems linked with good health outcomes.”

While it’s not perfectly clear what about coffee would provide such benefits, there are many solid possibilities. Coffee has more than 1,000 bioactive compounds that could help lower disease risk. These include anti-inflammatories, which reduce inflammation in tissue; anti-oxidants, which slow damage to cells; and others that help with DNA repair and the regulation of sugar in the bloodstream. Together, these different compounds could account for the broad range of benefits that have been linked to coffee. There’s good news for drinkers of decaf, too, it likely has many of the same benefits as caffeinated coffee.

To date, there seem to be very few dangers linked with coffee drinking. Pregnant women, though, may be one exception. “Some studies show a slightly increased risk of outcomes like low birth weight, pregnancy loss and childhood leukemia,” Giovannucci said. “So, some caution by pregnant women is warranted.” How much coffee is okay to drink, then? The federal Dietary Guidelines for Americans say that three to five eight-ounce cups (or up to 400 milligrams of caffeine) a day can be part of a healthy diet. For pregnant women, the World Health Organization recommends staying under 300 milligrams of caffeine a day. An eight-ounce cup of brewed coffee can have around 95 to 180 milligrams of caffeine, depending on the type of coffee and how it’s made.

“Most health benefits probably come with two to three cups a day,” added Giovannucci. That happens to be about the average amount that U.S. coffee drinkers consume. At the same time, it’s important to be mindful of the type of coffee you’re drinking. Specialty coffee drinks are increasingly popular, and some can be high in sugar, unhealthy fats and calories. If you don’t want to offset your coffee’s potential health benefits, unsweetened black coffee is the best choice.

As we move further into winter, warming up with a cup of coffee can really hit the spot. “And most people can enjoy it guilt-free,“ Giovannucci said.

Dr. Graham A. Colditz, associate director of prevention and control at Siteman Cancer Center at Barnes-Jewish Hospital and Washington University School of Medicine in St. Louis, is an internationally recognized leader in cancer prevention. As an epidemiologist and public health expert, he has a long-standing interest in the preventable causes of chronic disease. Colditz has a medical degree from The University of Queensland and a master’s and doctoral degrees in public health from Harvard University’s T.H. Chan School of Public Health.

For Your Health: Helping kids stay healthy this summer

Safe to Swim During COVID-19? 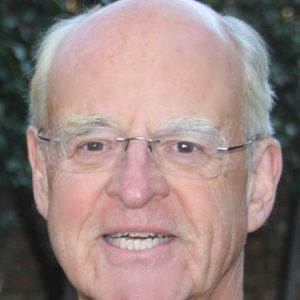