As one who scribbles largely about things Illinois, I feel almost obligated to observe on the bombshell (certainly for the small fraternity that follows Illinois politics) news that utility ComEd has agreed to pay a $200 million fine for bribery of Illinois officials. The announcement by the U.S. attorney’s office in Chicago identifies Illinois House Speaker Mike Madigan as the ultimate object of the bribery.

Some background: Madigan has been speaker of the House for most of the past four decades. During that time, he has accrued almost dictatorial powers. He can block any legislation, any bill whatever, with the wave of his pinkie finger. By the way, during those four decades, Illinois has built up so much debt, obligations, and unpaid bills that we have the worst credit rating of any state in the nation, and another tax increase is on the ballot this fall.

A utility regulated by the state of Illinois, ComEd supplies electricity to 70 percent of our state’s households. It simply has to have Mike Madigan’s blessing to increase electric rates and buck up its bottom line.

Bruce Rauner failed as governor (2015-2018), yet he was spectacularly successful in using his millions in TV ads to paint Mike Madigan across the state as the Wanted Poster caricature of the evil, corrupt Chicago political boss. I have seen reputable polls that say Illinois voters who know nothing about politics do indeed know and dislike Mike Madigan, and that most of them would vote against a candidate associated with him.

Affiliation with Mike Madigan was already costly. Candidates associated with Madigan must spend more than would otherwise be needed, the cash generally provided by Madigan, in order to counter attacks about their Madigan connections. This past week, these costs just shot up.

As a result of the federal prosecutor’s bribery revelations, 15 members of Madigan’s House Democratic caucus publicly asked Madigan to step down as speaker, “if the allegations are true.” Except for pinning the tail on the donkey, Madigan, how can the allegations not be true? ComEd has stipulated that they are true!

Why in the world would ComEd ever put itself at risk of bribery charges if the company weren’t pressured to do so by Mike Madigan?

Think of the excruciating dilemma for all Democratic candidates in Illinois. Can they afford to accept campaign contributions from Madigan, who controls almost all the party’s campaign cash hoard of $22 million? If they do, they will be pilloried by GOPers. But what do they do without it? Will billionaire Gov. J. B. Pritzker replace the money. After all, he has also called for Madigan to step down.

My insider friends say that Madigan will, yet again, be able to weather this storm; that Dems will back him, and the feds may not be able to prove that Madigan personally benefited from the millions spent by ComEd to earn his blessing for their legislation. I disagree about the speaker weathering the storm.

The optics of the ComEd bribery and Madigan shake-down scheme are breathtaking, at least an order of magnitude more brazen that your typical corruption. ComEd continued to pay the best man at Madigan’s wedding (lobbyist Mike McClain) hundreds of thousands annually, even after the company declared he was no longer lobbying for them.

Madigan even demanded, talk about brassy, that ComEd place one of his political friends on their board of directors. And they did! Think of the chill that must send down the spines of CEOs who might want to set up shop in Illinois.

Any legal actions against Madigan are in the future, yet I predict the court of public opinion will indict, try, and send Madigan packing in the coming year. Even Dems, certainly the younger ones, want to put the speaker, who is also chair of the state party, behind them after half a century and move on.

Republican leaders don’t want Madigan to go away anytime soon. They want him, and Dem candidates connected with him, to twist in the wind. If voters can’t connect the dots between ComEd bribery money and Madigan power, GOP candidates will do so for them.

Assuming Madigan is elected to a 26th term(!) in November, he would seek the support of his caucus to be elected speaker yet again. Without those 15 lawmakers who asked Madigan to step down, and more likely to follow suit, he would not receive a majority vote of the House. Think how awkward it would be for House members to backtrack in the caucus on their demand that he step down.

I predict Madigan will resign in December, rather than be denied the speakership. This will give Gov. JB Pritzker an open field to take over leadership of the Illinois Democratic Party.

Jim Nowlan is the lead co-author, with J. Thomas Johnson, of “Fixing Illinois: Politics and Policy in the Prairie State” (University of Illinois Press, 2014)

For Your Health: Continuing to stay socially connected while physically distanced

For Your Health: Watch your well-being during coronavirus distancing 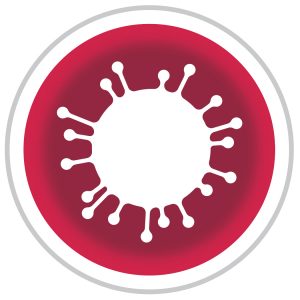