Elections are the hallmark of representative democracy. As a nation, we put a great deal of faith in elections, and the voting process. We abide by their results. Elections are fundamental to our system of government. We commit to a peaceful transfer of power to the election winners. Elections are the way we do business and make many key decisions.

We have hundreds of elections to choose candidates for public office. They occur at all levels of government: municipal, county, district and state as well as national. We have primary elections within political parties and elections to choose leaders of corporations and nongovernmental organizations.

Just as we cast ballots in elections, our core institutions rely on voting. The U.S. House of Representatives and the Senate enact legislation by voting. Supreme Court decisions are approved by voting among the justices. Your local city council or township board votes to approve budgets and tax rates.

Elections generally reflect the principle of majority rule, but not always. Sometimes a plurality of voters decides, as when an election includes multiple candidates, and no one wins a majority. However, we agree on the rules by which elections are conducted and accept their results.

Representative government works because of our support for elected leaders. We choose, as a society, to be governed by them. It’s frightening to think of governmental decisions being made by a handful of unelected people.

Elections serve at least four important functions. First, they allow us to express policy preferences across a wide range of issues. Voters try to push government in certain directions. We use elections, for example, to signal our leaders how to manage the economy or conduct foreign affairs.

Second, and most obviously, we use elections to choose our leaders. Candidates work hard to get our support, but, ultimately, the voters decide. We support the individuals we want in office and the party whose ideals and values align with our own.

Third, elections help us enforce accountability, which is essential to democratic government. Elections are the way we ensure our government officials answer for their actions. We use the vote to express approval and disapproval.

A fourth function, I believe, is that elections confer legitimacy to our system of representative government, giving our leaders the authority to act through the consent of the governed. Through elections, we delegate responsibility for officials to act on our behalf.

In the United States, the world’s oldest constitutional democracy, we expect that elections will be free and honest and that votes will be tallied without prejudice or manipulation. Because of the importance of elections, we should be concerned about voter turnout. Only about 55% of eligible adults vote in U.S. presidential elections; turnout is much higher in most other advanced democracies.

New developments have emerged to shake our faith in elections. Russian forces have tried to influence American voters. Russian, Chinese and Iranian hackers have reportedly tried to hack election-related computer accounts. President Donald Trump has questioned the validity of voting by mail and suggested that the election may be rigged against him.

The integrity of the electoral process is tremendously important. Free, honest and transparent elections are essential for maintaining the public’s faith in government.

Abraham Lincoln famously asked whether a nation conceived and dedicated to the principle that all people are created equal could long endure. His answer was that America needed a “new birth of freedom” to deliver on its promise. Free and fair elections, conducted in accordance with accepted rules and procedures, are the way we ensure that freedom is continually reborn. We need to treasure and protect them.

For Your Health: Seven Hacks for an Active Winter 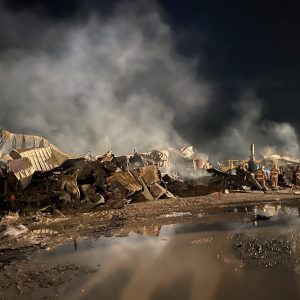 For Your Health: Getting a flu shot is more important than ever

For Your Health: Continuing to stay socially connected while physically distanced