SPRINGFIELD – The state is no longer charging interest on late child support payments that are made through the Department of Healthcare and Family Services unless it’s ordered by a court, and all of the outstanding interest charges that those parents owed have been zeroed out.

A spokesman for the agency said in an email that the total accrued interest penalties that were eliminated amounted to just over $2.7 billion.

DHFS made that announcement Monday, March 1, saying those interest charges fell disproportionately on low-income families and people of color.

“This is a prime example of how an equity lens can be used to advance the financial well-being of our customers,” DHFS Director Theresa Eagleson said in a statement. “There really was no reason that families served by our department should be penalized with a nine percent interest rate when families who can afford to be served through private child support arrangements aren’t automatically charged interest on their balances.”

The new policy applies to people enrolled in what’s known as the Title IV-D program, which refers to Title IV-D of the federal Social Security Act. That’s a child support collection program jointly administered by the federal government and the states.

In Illinois, the program is administered through DHFS. Although it is available to all parents who are owed child support, parents are automatically enrolled in it if they also receive certain kinds of federal assistance such as Temporary Assistance for Needy Families, or TANF. It also applies in some foster care and medical assistance cases.

Illinois had been one of only 15 states that automatically charged interest on late child support payments. But, in a bill passed last May and signed by Gov. JB Pritzker into law in August, the automatic interest penalty was repealed and DHFS was given authority to adopt administrative rules to determine how, and if, it would charge and enforce interest penalties.

Under the new rule, custodial parents have a one-time right to seek interest penalties. Within one year after their youngest child is emancipated, and after all of the principal child support obligations have been paid, they can request interest penalties on any previous late payments.

In a news release, the agency noted that families who are not enrolled in the program and choose instead to make private child support arrangements are only charged interest when ordered by a court.

In its news release, the agency said research has shown that when a person’s child support obligations exceed their ability to pay, it leads to even more negative consequences, including the suspension or revocation of driver’s licenses, which can make it even harder for non-custodial parents to catch up on their obligations.

In addition, DHFS said, enforcement of interest policies are time consuming and require a large number of highly-trained staff, and the cost of administering the policy is not eligible for federal matching payments.

The interest payments that are made are not considered “child support” payments, but instead qualify as taxable income for the parent receiving them. 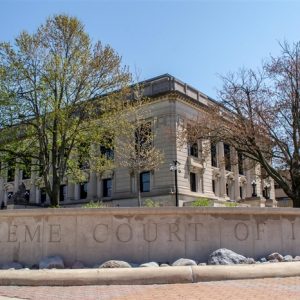 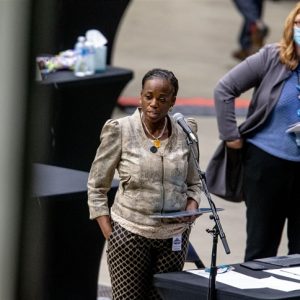