SPRINGFIELD, Illinois – When Fahim Masoud was born in Kabul, Afghanistan in 1988, the country was at war with the Soviet Union. Fast forward 17 years, Masoud graduated from high school and faced one of three options for his future – study in India on a scholarship, go to a local university in Afghanistan, or apply for a risky job as an interpreter for the U.S. military.

Masoud applied for a job as an interpreter.

“I’ve always taken the risky, adventurous road and working for the U.S. military as an interpreter in Afghanistan was risky,” he said.

The decision to apply for an interpreter job set Masoud, who now lives in Stafford, Virginia, with his wife and two young children, on a path that would ultimately lead him to the United States and pave the way for his own service in the U.S. military and the Illinois Army National Guard.

“I arrived at Camp Stone, in Herat province Afghanistan in March 2006,” he said. “I met with a captain in the U.S. Marine Corps, Frank, who was conducting the interviews. He and I talked for a good hour or two before he decided to hire me.”

Masoud said the first meeting with Frank was quite intimidating because it was very new, but at the same time quite exciting for a 17-year-old person.

“He asked if we were on a convoy what would happen if the convoy went down and the American Soldier next to me got shot and was wounded badly,” Masoud said. “This was the test question for Frank. I told him I would pick up the weapon and continue fighting. He decided then and there to hire me.”

From Camp Stone, Masoud was sent to Kabul, Afghanistan to undergo a number of medical tests to make sure he was healthy.

Masoud, now an Illinois Army National Guard second lieutenant with Company D, 766th Brigade Engineer Battalion, headquartered in Bloomington, Illinois, worked for the U.S. military for a year and one half as an interpreter, where he met Chief Warrant Officer 3 James Ditter, a member of the Iowa Army National Guard.

“I was one member of a 34-member volunteer team sent to Afghanistan as embedded training troops,” said Ditter, of St. Peters, Missouri, who retired from the Iowa Army National Guard in 2018. “I served as a maintenance advisor and was needing an interpreter. I met Fahim and there was an instant connection.”

Ditter, who began his military service in 1985, enlisting in the Illinois Army National Guard, serving with Company B, 2nd Battalion, 130th Infantry Regiment, based in Effingham, Illinois, said he and Masoud developed a good relationship so it was a no-brainer to sponsor him for a student visa.

“My family was very supportive of the sponsorship. We got him enrolled, and accepted, in community college and things rolled from there,” Ditter said.

Masoud said he and Ditter talked often about education opportunities in the United States.

Masoud said he had two reasons to come to the United States, the education opportunities and his desire to serve in the U.S. military.

“Growing up in a third world country, being willing to learn English, I wanted to come to the United States not only because of the education opportunities but also join the military,” Masoud said.

Faced with unknowns, Masoud set out on his path with the help of Ditter, who submitted the paperwork to sponsor him through a student visa.

“I initially landed at Newark, New Jersey, and after talking with Chief Ditter, I flew to St. Louis because that’s the only place in the United States where I knew someone,” he said. “I came to the United States with $99 in my pocket. But when you’re 19 years old, you’re not just thinking about the education benefits but the excitement of a new place.”

Masoud attended college in St. Louis, graduating from Washington University. After graduation, following a series of interviews, he was hired by an intelligence company in Chicago.

The United States had implemented a Special Immigrant Visa (SIV) by 2007 when Masoud arrived, but very few interpreters or Afghan nationals working for the United States could go through that process to enter the U.S.

The process for a SIV was different and would have taken a long time to get approval.

“We didn’t want to wait a long time, so Chief Ditter sponsored me through a student visa,” Masoud said. “About a year after I arrived in the United States, we began the process of applying for the Special Immigrant Visa.”

Masoud and Ditter met with then-Brig. Gen. Robert Livingston, who was the Adjutant General of South Carolina at that time. Livingston wrote a letter to the Department of Homeland Security vouching for Masoud, asking them to start the SIV in the United States.

“It was extremely unique to come to the United States then start the process,” he said. “About a year later, the application was approved by DHS and I received my green card in December 2009.”

Five years later, in July 2015, Masoud became a United States citizen. It would be another three years before he would realize his dream to serve in the U.S. military.

“I always wanted to serve in the military,” Masoud said. “I took the Armed Services Vocational Aptitude Battery with the Marine Corps in St. Louis, but then I met my now-wife and those plans were put on a back burner.”

Masoud said his wife, Zohra, an Afghan national who grew up in Canada, at first wasn’t supportive of his joining the military, but she eventually supported his desire.

“We were living in Chicago and we already had a 6-month-old baby,” he said. “I kept saying I wanted to go into the military. I had a corporate job and just wanted to be in uniform.”

Masoud said his wife finally agreed and he enlisted in the Illinois Army National Guard.

“That first morning in basic training, when I got up at 3 or 4 a.m., my first thought was ‘Boy you have made a mistake,'” he said. “But I stuck with my decision. And it has been a wonderful journey.”

Ditter said it’s amazing to see where Masoud was when they first met, and where he’s at now.

“To see him realize his dreams of an education and then join the military, it’s very heartwarming,” Ditter said. “He’s going far and I’m just so proud to be a part of it.”

Ditter described one of the more than 64 missions they were on together during his deployment to Afghanistan as hair-raising. But, Ditter said, Masoud proved time and time again why he was always requested as an interpreter.

“One of our convoys included a military team from Spain. We were on a mission and came under attack, disabling the Spanish team’s ambulance. Their policy is no equipment gets left behind,” Ditter said. “The Spanish team was intent on staying with the ambulance. Fahim kept telling me it would not end well for them if they stayed.”

Ditter said they finally convinced the Spanish team to leave the ambulance and they would come back to recover it.

“We went back the next day and the ambulance had been burned,” Ditter said. “We set out to load the ambulance and during this time, Fahim was out talking to the Afghan elders, assuring them we were working to get the ambulance loaded and get out of there. He could read the people moving in on us and saw the situation deteriorating, and he risked everything to buy us enough time to recover the vehicle and leave.”

Ditter said all the Afghanistan interpreters he met during his deployment were there to help the U.S. military, but Masoud’s desire to help stood out above all.

“He was always requested to lead the convoys because he knew the roads and everyone knew he would keep them out of trouble,” Ditter said. “He was truly there to help the U.S. military.”

Masoud, a father of two, a daughter Ava and a son, Rumi, hopes to make a career of military service.

“I want to be in the military until they kick me out,” he said.

Masoud said he always tells people, immigrants and Americans alike, there is no other place in the world like the United States.

“My story couldn’t be possible anywhere else in the world,” he said. “What makes the United States such a remarkable country is we have issues and challenges but at the end of the day the United States is really every person around the world’s last hope for freedom, liberty and opportunities.” 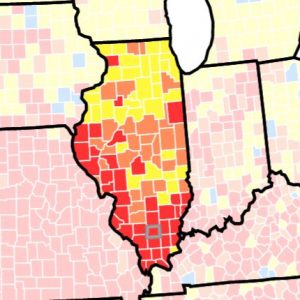