This article was produced for ProPublica’s Local Reporting Network in partnership with Lee Enterprises, along with Capitol News Illinois.

Illinois Gov. J.B. Pritzker called patient abuses at the Choate Mental Health and Developmental Center in rural Anna “awful” and “deeply concerning,” and he said the future of the facility depends on correcting poor conditions.

Pritzker’s comments at a news conference on Tuesday came on the heels of articles published Friday by Capitol News Illinois, Lee Enterprises and ProPublica outlining a history of egregious patient abuses and other employee misconduct at Choate.

At least 26 employees over the past decade have been arrested on felony charges in relation to their work at the facility, and internal investigations have cited dozens of other employees for neglecting, exploiting or humiliating residents, lying to investigators, or failing to report allegations of mistreatment in a timely manner. In some cases, investigations have languished for years as accused employees have continued to receive their full pay while on administrative leave.

At least one advocacy organization called for the state to close Choate in the wake of the reports. Amie Lulinski, executive director of The Arc of Illinois, an advocacy organization for people with developmental disabilities, said the details of abuse and neglect are “appalling” and called on the state to move residents out of the facility and into smaller community-based living arrangements such as group homes.

Pritzker said the state isn’t currently planning to close Choate, but he didn’t rule it out if safety issues aren’t addressed.

“The question is, can we prevent that in the future? And if not, then obviously that’s not a facility that should remain open,” the governor said in response to a reporter’s questions at an unrelated event in downstate Decatur.

Meanwhile, he said, the “state has an obligation to the people that it serves at that facility right now” and is concentrating on upgrades to the facility and ensuring that appropriate services and personnel are in place. In a statement to reporters last week, Marisa Kollias, a spokesperson for the Illinois Department of Human Services, which runs Choate, said that the problems there are the result of “longstanding, entrenched issues” and that the department has taken “aggressive measures” to address them.

The push to close facilities like Choate is controversial, and some residents’ parents are advocating for less severe measures to address safety concerns.

In 2017, a Choate employee was arrested on a felony battery charge and later pleaded guilty to misdemeanor battery for punching Rita Burke’s son in the abdomen, breaking two of his ribs. But Burke, who is the president of Friends of Choate, an organization that represents parents, guardians and other supporters, said the fact that the employee was swiftly removed from patient care and prosecuted is a sign that the facility takes cases of abuse seriously.

After researching their options nationwide, Burke said, she and her husband relocated from Georgia to Illinois over 30 years ago to place their son at Choate. At the time, Georgia offered extremely limited support for adults with disabilities, she said. She feels that her son, who is intellectually disabled and has a severe behavior disorder, is better off at Choate than he would be in a privately operated small group home. Abuses, she said, unfortunately happen at facilities of all sizes across the country.

“Our belief is our facility is working to make it safe and to get rid of people who are a danger to our individuals,” she said. “We couldn’t be more in sync with them on that score.”

State Sen. Jil Tracy, R-Quincy, agrees that the facility shouldn’t be closed. Her 55-year-old brother lives at Choate. He has profound autism and diabetes that requires constant monitoring. If left unchecked, his blood sugar levels could cause him to have behavioral outbursts, get sick or even die.

Tracy’s brother has tried living in group homes, but his health problems coupled with his autism have made those places a bad fit. At Choate, he gets the close monitoring that he needs and Tracy’s 94-year-old mother, who is his legal guardian, can visit often, Tracy said.

“Yes, there have been horrible instances there, but Choate provides a niche in care,” Tracy said. “Changes do need to be made because these facilities are absolutely necessary, but we need to make them as safe as possible and as nice as possible.”

Choate, a 270-bed facility on the outskirts of Anna, about 120 miles southeast of St. Louis, serves people from across Illinois with intellectual and developmental disabilities, mental illnesses or a combination of disorders. Patients can enter voluntarily or be placed there by a guardian, or a judge may order them to Choate for treatment after finding they’re at risk of harming themselves or others. Choate also houses Illinois’ only forensic unit for people with developmental disabilities found unfit to stand trial or not guilty by reason of insanity in criminal proceedings.

The IDHS Office of the Inspector General, which investigates employee misconduct, looked into 1,500 allegations at Choate over a 10 year period ending in 2021. That’s more than at any other facility in the state. Of those, 800 involved physical abuse, 600 involved mental abuse and 100 involved sexual abuse. The inspector general substantiated the allegations in about 5% of the  claims, in line with other facilities. But the number of allegations per year has increased, and Choate has faced repeated criticism from the inspector general, the local prosecutor and state police for employees interfering or attempting to derail investigations into wrongdoing.

State Sen. Terri Bryant, R-Murphysboro, whose district includes Choate, blamed some of the issues at the facility on broader failures of the state of Illinois. It can take months for job applicants to navigate the state’s bureaucratic hiring process, and by the time an offer is made, “sometimes what you’re left with is the folks that couldn’t get a job anywhere else,” she said.

The OIG is woefully understaffed, she added, resulting in dozens of employees accused of abuse or neglect unable to work their regular duties for months or years until investigations into their actions are closed and they’re either fired or cleared to return to patient care.

“The (OIG) does not have enough investigators,” she said. “It’s inexcusable.”

In a statement, the OIG said it intends to augment its investigative efforts, specifically looking at the root causes of abuse and neglect at IDHS facilities. The OIG will also identify and address programmatic or systemic concerns needed at a facility.

Even when the OIG has recommended changes at Choate, they have often been slow to happen, if they happen at all. The office recommended that cameras be installed at Choate 21 times over the last six years, internal records show. In response to mounting calls to address safety concerns at Choate, IDHS announced in June that it would install 10 cameras, though later the department clarified they would go outside the facility.

Senior IDHS officials told reporters that they raised the idea of placing them inside in common areas such as hallways and group rooms, but that some parents and guardians rejected the idea, citing privacy concerns.

The news organizations’ reports included emails from the former security chief of Choate seeking to bring troubling conditions to IDHS Secretary Grace Hou’s attention over a year ago. Barry Smoot, who retired in December, asked for a meeting, and Hou initially agreed, but one was never scheduled. Smoot said in a later interview that he felt his concerns were blown off, and that he was troubled by the department’s slow response.

Pritzker said on Tuesday he couldn’t speak to how quickly Hou acted to address concerns at Choate. “I will say that speaking up and speaking out, when you see something that’s wrong, is exactly the right thing to do,” he said. “Making sure that there’s responsive people on the other end, and that again, we have transparency and investigations that take place — that’s the right thing to do, and that’s what we’re going to make sure happens.”

Kollias, the IDHS spokesperson, previously said that the agency determined, “based on information gathered” after the secretary’s initial response to Smoot, “that it was inadvisable for IDHS management staff to communicate with him any further.” The department did not provide more details.

Lulinski, the executive director of The Arc of Illinois, said more than a dozen other states no longer operate institutions for people with intellectual and developmental disabilities, opting instead for group homes.

“Only Texas has more of these settings than Illinois. Over 1,600 people remain in institutions and thousands more are on the waiting list for community services,” Lulinski wrote in a statement in response to the stories. “Illinois has an opportunity to do better but it is going to take political will to do so.”

What happens when cash bail ends? As task force works to ready justice system, amendments could be forthcoming 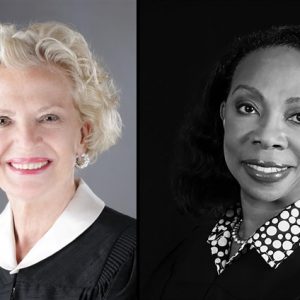 Ahead of amendment vote, union membership grows in Illinois