SPRINGFIELD — As the month of December arrived, many Illinois farmers were still working to harvest their corn and soybeans — the state’s two largest field crops — and agriculture officials are anticipating one of the smallest harvests in recent years.

As of Nov. 24, only about 88 percent of corn acres in Illinois had been harvested, according to the U.S. Department of Agriculture, down from 100 percent at the same time last year. Soybean harvesting was 95 percent complete, down from 99 percent a year ago.

That delay is the result of historic rainfall in the spring that drenched many parts of the state, preventing farmers from getting seeds into the ground in some cases until as late as June.

Officials at the Illinois Department of Agriculture say the final, official numbers for the 2019 growing season won’t be known until early January. But Rodney Weinzierl, executive director of the Illinois Corn Growers Association, said all indicators point to a below-average year.

“Our acres of corn this year was the lowest we’ve had probably since the late 1980s,” Weinzierl said in a phone interview. “Just because of that corn that was prevented from being planted, just because of such wet conditions.”

Weinzierl said Illinois farmers planted about 1.1 million fewer acres of corn this year, compared to a normal year, and there was also a big drop-off in soybean acres.

“So it’s just something that we’ve not experienced before,” he said.

In addition to fewer acres planted, the U.S. Department of Agriculture is projecting that each acre will produce less this year than in the recent past – about 179 bushels per acre this year, down from 210 bushels in 2018, which was a record for Illinois.

Last year, Illinois harvested roughly 11 million acres of corn, according to USDA estimates. Those acres yielded about 2.7 billion bushels which, at an average price of $3.62 per bushel, generated $8.2 billion in farm income.

“So farmers that rent ground would still have an overall loss,” Weinzierl said. “But it’s like any other insurance, it’s meant to kind of allow you to be able to farm again next year.”

A spokeswoman for the Illinois Department of Agriculture said final numbers for the 2019 growing season are due to be released Jan. 10. A separate report will be released in February detailing the state’s first year of legal hemp production. 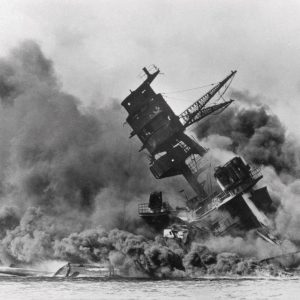